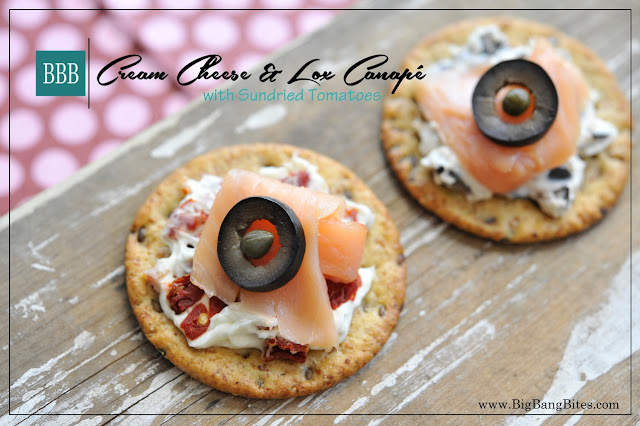 Kerry, my husband, was looking for some kind of snack to have with his cold beer. I use the term “looking” very lightly because when he looks for something to eat, he really just looks…with his eyes. I’ll watch him standing in front of the open cabinet, never using his hands to look, just his X-ray vision.

Funny thing is now there’s a commercial on TV with a guy doing the same thing as his wife watches. Aha! My husband isn’t the only one afflicted with that condition! It must be a gender genetic thing. Thank goodness my husband never reads my blogs because he’d be giving me the “eye ball” right now for telling on him.

Anyway, after he gave up his search, I told him I’d make him a snack because he really has been doing a lot of yard work lately. I thought he deserved a treat, instead of his usual potato chips. So, I looked with my eyes AND hands, and found a bunch of things to put on some crackers. I’m calling them canapés, but really, they’re just crackers topped with cream cheese mixed with sundried tomatoes and some lovely lox. Lox is kind of fancy, so it deserves a fancy name, don’t you agree?

These turned out so pretty too. I made a platter of them when I had some friends over for happy hour last week and they gave it a thumbs up for the blog, so here it is. 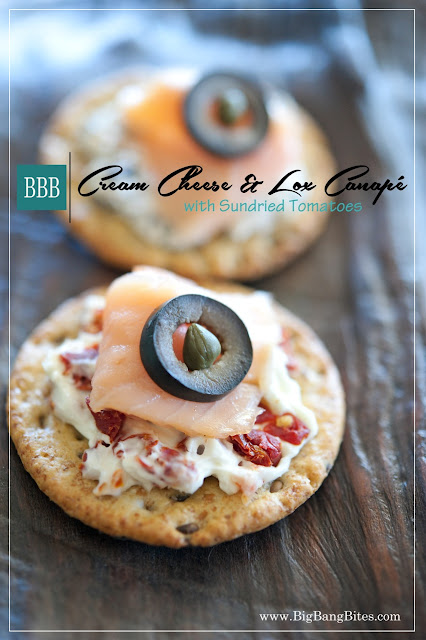 Mix together the cream cheese and sundried tomatoes. Spread on the crackers. Top with a piece of lox. Garnish with an olive slice and a caper in the hole.

Variation: Chop black olives and mix with the cream cheese.