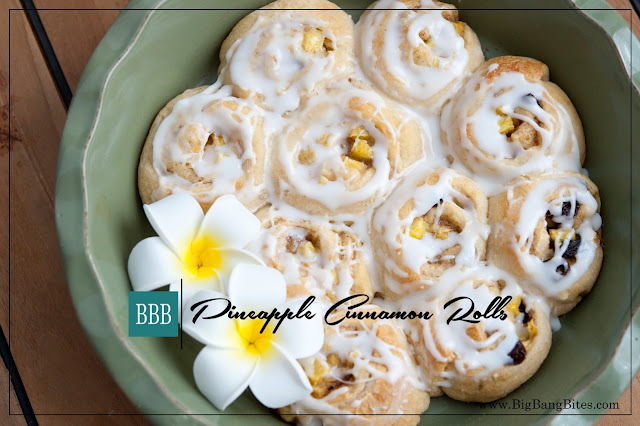 Kerry is the real bread maker in my family. He loves the yeast, the kneading, and the overall evolution of the bread process. And yes, there’s nothing like homemade bread hot out of the oven, or warm cinnamon rolls begging to be eaten right out of the pan.

But on lazy Sunday mornings, who has time…or who even wants to toss flour on the cutting board and make cinnamon buns from scratch while the coffee is brewing? Not me.

Thank goodness for the Pillsbury people. You can buy crescent roll dough in a tube that’s not perforated for crescent rolls. They make one that’s a whole sheet. It’s perfect for quick cinnamon rolls that you can make while you’re still in your pajamas.

I happen to have a chunk of a pineapple left over from dinner, so I chopped that up instead of apples. If you notice in the pix, only some of the rolls have raisins in them. I did that for a variety. Just sprinkle raisins on half of the roll.

​So, okay, don’t get too excited…these aren’t going to be like the ones you buy at the bakery that pull apart in soft, chewy shreds, but for a quick and easy sweet to go with coffee in the morning or after dinner, they’re pretty good. And it’s so easy, you can get the kids to make them! ​

As you can see, you can put them all in a pie pan as in the photos above and pull the rolls apart. Or, you can bake them individually in a muffin tin for more uniform rolls with firmer sides. Whatever works for you. These were made with apples and raisins. 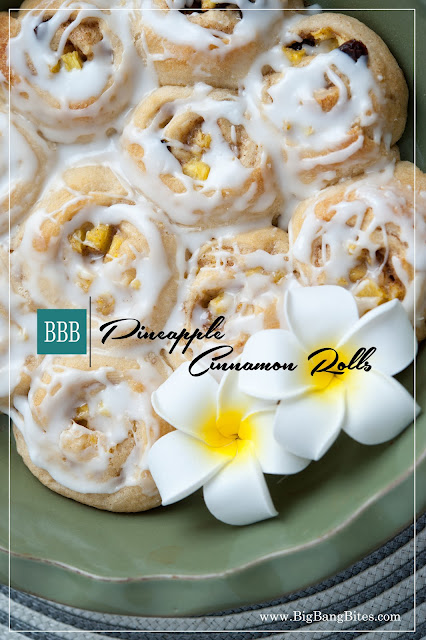 Unroll the dough sheet with the short edge facing you. If it’s sticky, lightly dust the surface you’re working on with flour.

Combine the sugar and cinnamon and sprinkle on top of dough.

Top with pineapple and raisins if you’re using that option.

Starting with the short edge in front of you, roll the dough into a log.

Place a long piece of thread or floss under the roll where you will make your first cut. Bring the ends together and do the first tie of a knot, pulling the ends until it cuts through the dough.

Place the rolls in a pie pan or muffin tin.

Cool and drizzle with glaze.