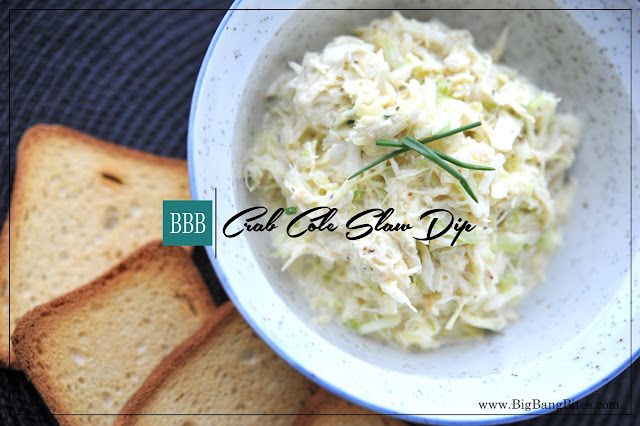 The winter months mean it’s crab season around here. And how many ways can it be served besides just picked cold out of the shell? Well, here’s one idea.

Kerry requested a bread cook book for Christmas and since then, he’s been on this quest to make the perfect homemade bread from scratch in the oven, not in the bread machine.  Mmmm. I’m okay with that. So, the other night he made a very good crusty basic bread for dinner. While it was baking, I ran to the grocery store for some fresh crab and came home to a house wafting with hot bread in the oven. I have to say, that has to be one of the best smells around. I made some cole slaw, cracked the crab, sliced the warm bread, and had a perfect dinner.

Okay, you’re right, that isn’t such a new idea. Actually my new idea came about while I was eating dinner. I was finishing up my last bit of cole slaw and threw some crab on top of it. Wow. That was a great combination. Kerry tried some of it on his crusty bread and agreed. So that’s how Crab Cole Slaw Dip came about.

Regular cole slaw has shreds that are kind of too chunky for a dip, so when you make this, the cabbage has to be in little shreds. In my photo, it’s served with small brioche toasts that are great with sweet or savory toppings. But you can serve this dip with anything you want. Kerry toasted some of his homemade bread and he said that was a winner too. 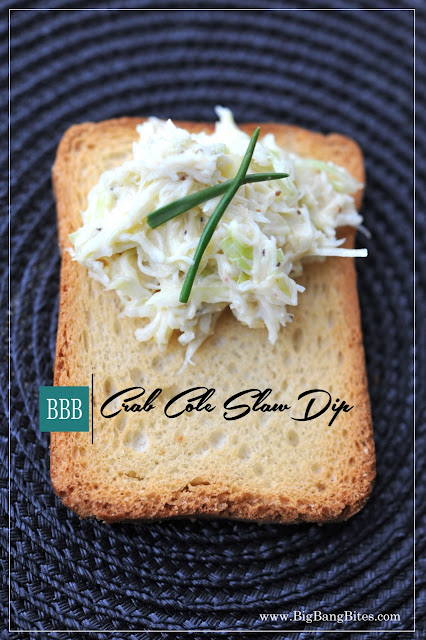 Pick through the fresh crab for shells and place in bowl. No need to shred it. It will break down when you stir.

Slice a chunk of cabbage and cut into half inch slices. Rotate the chunk, then cut into fine shreds. Add to the crab.

Pour over the crab and cabbage and toss to combine. Set in the fridge for about half an hour, so flavors can meld. Serve with little toasts. 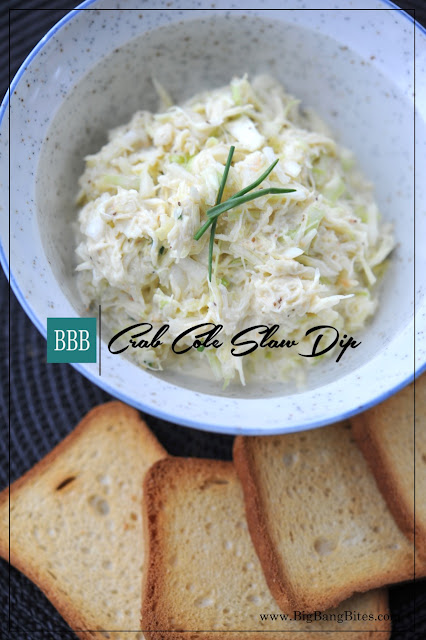