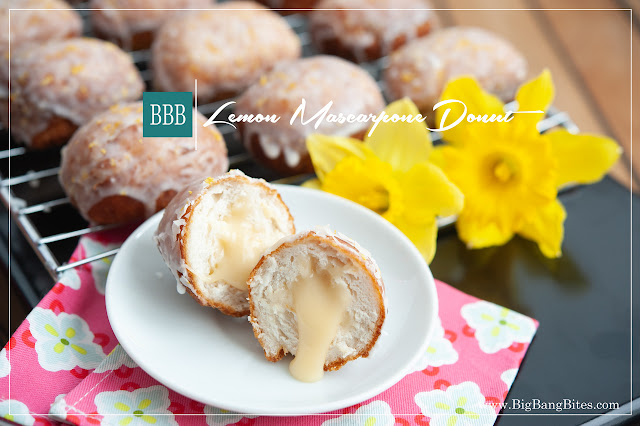 It’s been raining so much around here, I hate to leave the house for anything. We need the rain, but can we have a little sunshine in between? Anybody listening up there? Yoohoo.

​So, on a dreary morning, Kerry said he wished he had something sweet with his coffee. I foraged through the cupboards and fridge and came up with this donut. I had a jar of lemon curd, a tube of Pillsbury Grands! Homestyle Southern biscuits, and half a container of mascarpone. Oh, and fresh lemons…which I always have sitting in my fruit basket because I like a squeeze of it in my water.

In the past, I’ve deep fried the whole biscuit in hot oil to make plain donuts dusted in sugar, cinnamon sugar, or glaze for a quick snack. But I thought, lets kick it up a notch.  I’m not a big fan of jelly-filled donuts, but lemon? Well, that’s another story. Lemon curd is on the tart side, so mixing it with left over mascarpone would tame it down some and give it a nice creamy texture. It’s a common combination. Nothing new, but yummy.

Thought I’d kill two birds with one stone. Who ever thought of that awful saying. Change that.  Thought I’d give my donut a dual purpose. Feed Kerry and make something small for my blog, so I made these kind of small…two bites…a little bang bite. 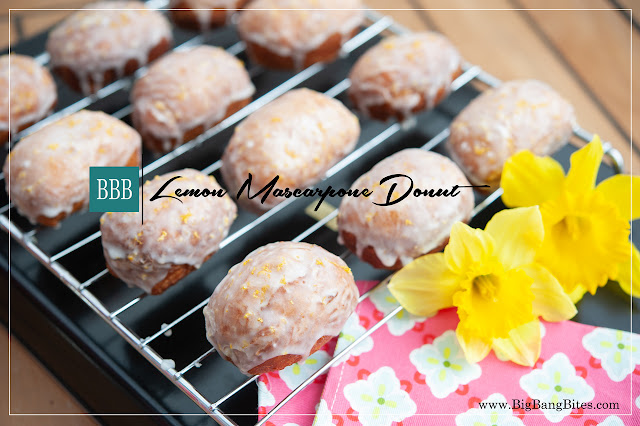 Cut each biscuit in half. Place on a cutting board and pinch into a shape of a rectangle. Pour enough oil in a pot so the donuts can float. Deep fry until golden brown, about a couple minutes on each side. Drain and cool on paper towel.

Combine the lemon curd and mascarpone. Put into a pastry bag with a plain tip. I used Wilton #10.

Use a caramel apple stick or a chopstick and poke a hole into the side. I wiggled it back and forth to create a cavity in the donut, so a good amount of filling could go in. Gently squeeze in the filling and set aside.

Combine the powdered sugar, milk, and vanilla in a small bowl. Dip each donut in it. Garnish with lemon zest. 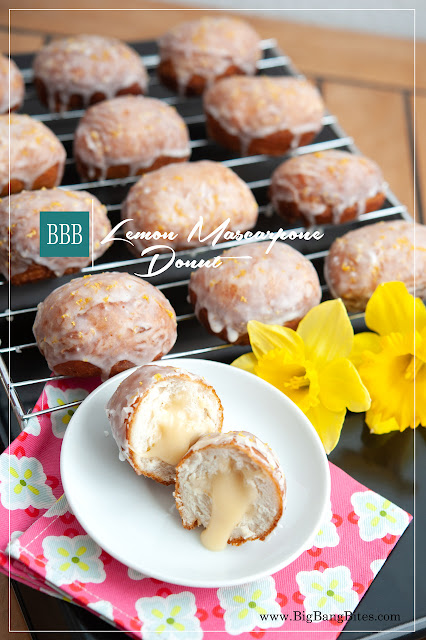