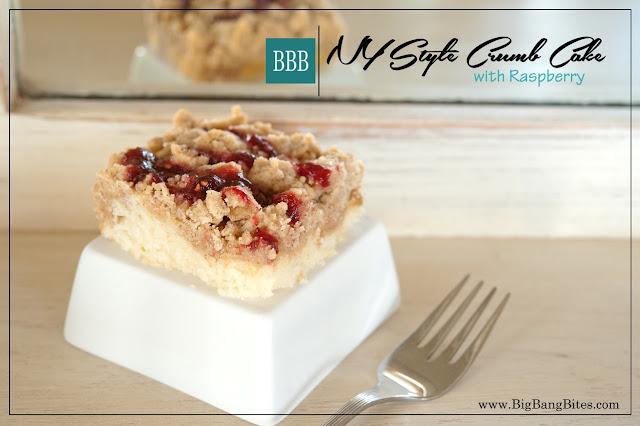 A rich and dense New York style crumb cake made with sour cream, crowned with a thick layer of cinnamon crumble and drizzled with raspberry jam.

Last week we went on our annual April getaway to the coast. This year we decided to go to Dillon Beach…that’s in California…and stayed at a lovely spacious home that opened up to the sea. It sat on a bluff right above the water, so in a couple of minutes down a path, we were on a quiet expanse of open beach. This was the first time we rented the house, called Beauty on the Beach, but we’ll definitely go back soon. I have no financial interest in the home, just thought I’d share my get away spot with you.

Of course, along with a ton of food and wine we packed, we had a few desserts too. One of them was my NY Style Crumb Cake with Raspberry drizzle. I do believe it tasted even better by the sea in the morning sun with a cup of coffee and sound of the waves. This cake is so dense and rich because except for a bit of canola, there’s really no liquid in it, just the sour cream. I think I ate more than my share, but I blame the beach because there’s something about the salty air that makes me want to eat and eat and eat. It’s a good thing I’m way beyond my bikini days. 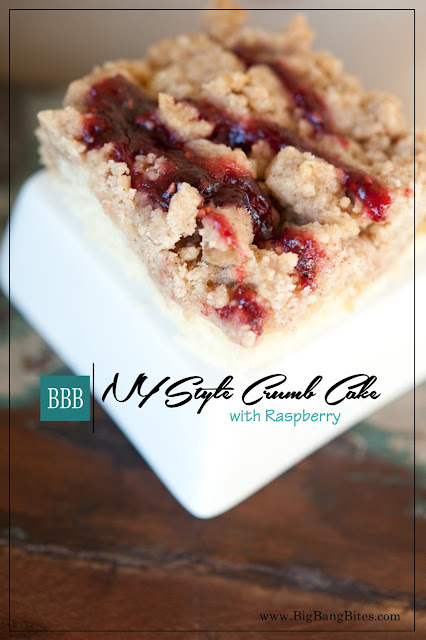 Melt butter and set aside to cool. Spray a 9 X 13 pan with oil and dust with flour.

Combine in a bowl, 1½ cups of flour, sugar, baking powder and salt. Set aside. In another bowl, whisk the egg, sour cream, canola oil and vanilla until thoroughly combined. Fold the dry ingredients into the sour cream mixture.

Combine the remaining 2½ cups of flour, brown sugar and cinnamon. Pour melted butter in and toss to form large crumbs. Use your hand and fingers to squeeze and form the clumps. Sprinkle over batter.

Bake at 325 degrees for 10 minutes. Rotate and bake another 10 minutes. Test for doneness with a toothpick. Thin the raspberry jam with a teaspoon of water and drizzle on the cake. Cool and cut into squares. 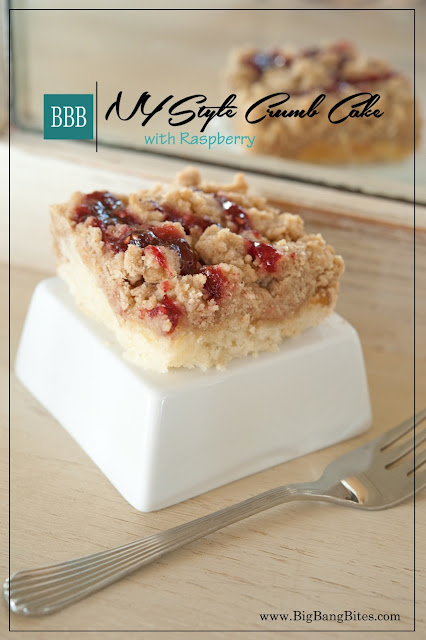