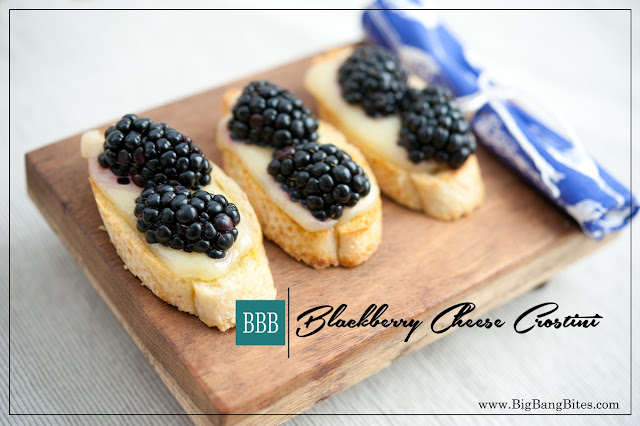 At our house, we call it Queen Bee Day because it’s the day that I do absolutely nothing while the bees in my hive buzz around me all day taking care of all my needs. I definitely feel like a queen…and I get presents!

So, as I sit out by the pool in the morning sun, I thought I’d post a recipe I did last week while Kerry runs to the market to pick up some last minute items for our barbecue today. Sunny, Chris and the grandkids will be over soon, so I’ll enjoy this bit of quiet time.

Speaking of going to the market, it’s true what they say about picking up information in the produce department. This is where I got the recipe for this simple, but tasty summer appetizer. While squeezing the melons, I ran into Don, my tile guy, who did a wonderful job installing the beveled subway tiles on my kitchen backsplash. And I know I said I’d post pictures of my new kitchen, but you guessed it…it’s STILL not done! None of which is my tile guy’s fault, but let’s not go there.

Anyway, Don is a foodie and knows about Big Bang Bites, so he said I needed to try this refreshing appie he recently made with blackberries. They’re huge and sweet, so they pair well with the saltiness of cheese. He said he used Gorgonzola cheese, but I’m not a fan of the blue cheese flavor, so I chose Havarti instead. After I bought the Havarti, I thought of brie, which would be delicious too. I’ll try that next time. And of course, you can use whatever kind of cheese you like.

In the pix, the cheese is melted, but I made them both ways. Warm and slightly melted cheese, and just cold slices on top of the toasted baguette. The vote was split at our house.  Lindsay had a good commentary on the two ways. She liked the warm Havarti, but she said the cold slices gave the crostinis more texture, and the Havarti flavor was more intense. I think if you’re planning a full buffet of appies, cold is the way to go. If you’re just serving these guys by themselves with drinks, you could go melted because they’re going to be eaten immediately. Or, you could serve it both ways. 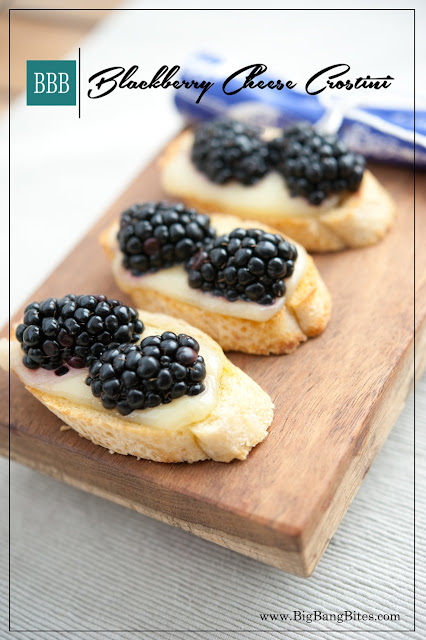 Brush the baguette slices with olive oil and lightly toast. Top with slices of Havarti cheese and put under the broiler for only 10 seconds to just melt the cheese a little. You don't want the cheese brown or gooey. Remove immediately and place 2 blackberry halves on top. Serve while warm.