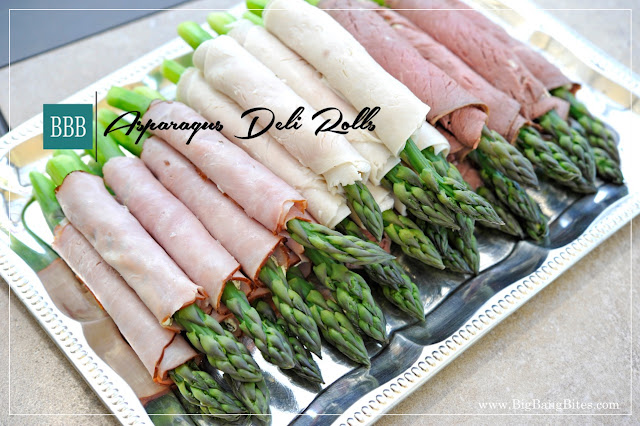 Kerry and I joined a food and wine group, so we recently all got together for a social meeting. One of the ladies in the group hosted the event in her home and everyone brought an appetizer to go along with the wine being served, which was prosecco, a sparkling white Italian wine. The get together was at 5:30, so I thought I would contribute something hearty because it was obviously going to be our dinner meal. The asparagus in my garden was in its peak season, so it was the perfect thing to work around.​

I knew Kerry would need meat at that time of the day, and I didn’t know what everyone else was bringing. You know, sometimes you go to those things and everyone comes with chips and dip, or that all too familiar platter of raw veggies and ranch dressing dip. Then you have to stop at McDonald’s on the way home to eat something because you’re hungry.

Fortunately, everyone was quite thoughtful and brought a nice array of foods. But I was the only who brought a meat dish, so my idea turned out to be a good one.

I’ve had wrapped asparagus before, but usually it’s just some kind of meat wrapped around the spear. I wanted my rolls to be a little more interesting and have more depth, so I smeared them with a spread made of cream cheese and pesto. Very simple, but it added that something extra to make it richer.

Hope you like this one. It’s a pretty big appetizer, but that’s what we’re all about…big bang bites! 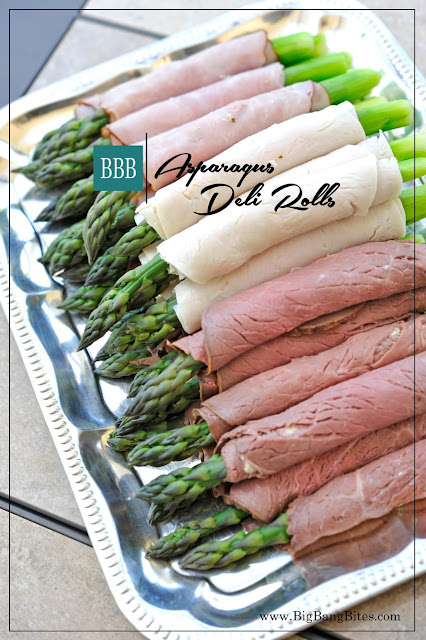 Remove the tough ends from the bottom of the asparagus. Using a peeler, shave off about two inches  of the skin. This gives the ends a pretty finish. Bring a pot of water to a full boil. Add the asparagus and blanch for one to two minutes, depending on the thickness. You want them to be crisp, not limp, so test it after the first minute. Drain and run cold water over them to stop the cooking.

Combine the softened cream cheese and pesto. You can add more pesto if you prefer.

Smear some spread on the short end of the meat slice. Place an asparagus spear on top and roll.

Keep in fridge until serving time.