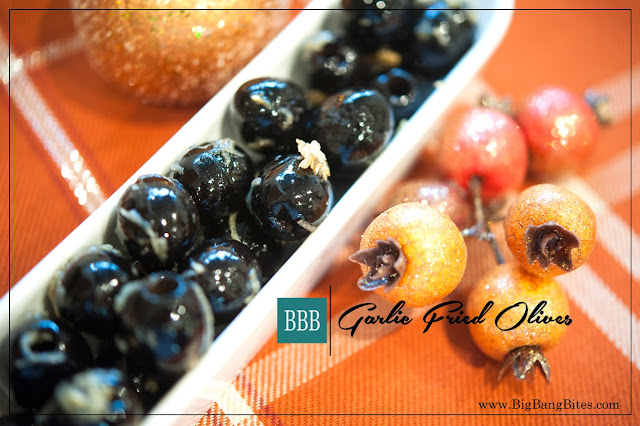 When Kerry and I visited Italy, we ate some interesting appetizers paired with delicious wines. Surprisingly, most of the appies were quite simple. Perhaps it was because we stayed in the region of Puglia, which was more of a bucolic setting, unlike the hustle and bustle of Rome.

One day we took a walking tour through Bari. It was there that we saw women sitting in the narrow streets making orecchiette, which is a type of pasta shaped like little ears. They pinched off small bits of dough and with one stroke of a butter knife, shaped them into perfectly cupped ears. And at the speed of lightning, I might add. They were amazing...the pasta and the women.

During that tour, we were invited to a private home for a family style lunch. We all stuffed ourselves like little piggies with the four course meal that could have been a spread in a food magazine. It was during this meal that we were introduced to fried olives for the antipasto course. Yes, fried black olives! They were delicious.

I love black olives. I could eat a whole can by myself. When I was little, I’d stick olives on each finger and eat them one by one. So, after having fried olives in Italy, of course I had to try making them at home. They’re only very lightly fried and barely wrinkled from the heat. The fried olives we had in Italy didn’t have any garlic on it, but I thought that would be a nice addition. So, this is my version. Feel free to nix it if you prefer. 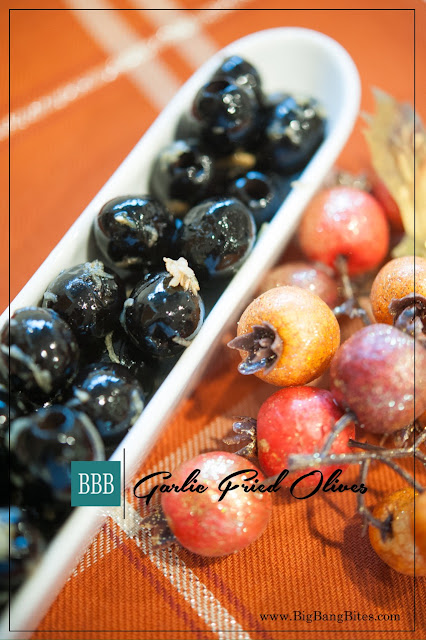 Drain the olives, then toss on a paper towel to absorb most of the liquid.

Heat a couple of teaspoons of olive oil in a small frying pan. Cook the garlic just until fragrant, but not browned. Add the olives and fry while stirring until the olives just begin to wrinkle.

Remove to a bowl and serve with other antipasto pleasures.

Email ThisBlogThis!Share to TwitterShare to FacebookShare to Pinterest
Labels: Vegetarian