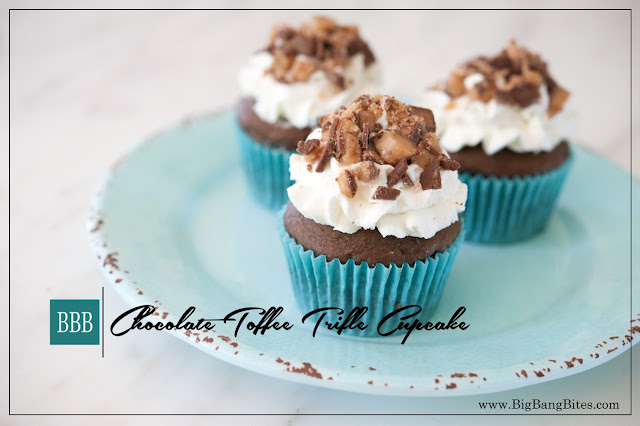 I make this monster dessert that my family has dubbed Punchbowl Cake. It’s really a layered trifle, but because there’s so much to it, I construct it in my punchbowl, so you can see the layers.  Seriously, it must weigh ten pounds. Of all the desserts I make for our parties, or as a contribution to other people’s parties, this is my most requested decadent sweet.

It serves a mob and it’s an easy to serve dessert, as you just scoop out what you want. And it’s a cold dessert, so it’s very refreshing.

What people like about it are the layers: chunks of chocolate cake, fudge pudding, crunchy toffee bits, and Cool Whip. Although the whole thing in a punch bowl weighs a ton, it’s amazingly light, but still decadent.

So, the other day Lindsay complained that I haven’t made it in awhile. Well, yeah…it’s not exactly the kind of dessert you make just for your family, since it’s huge. It would take us a week to eat!  It’s a party dessert. But then that got me thinking. Hmmm…maybe I can turn it into a cupcake. ​

So, here it is. A chocolate cupcake with a pudding center jammed with toffee chunks. Instead of Cool Whip, I topped it with sweet whipped cream because it holds its shape a little better and sprinkled it with more toffee chunks. The cupcakes were a nice little treat to satisfy our craving and the rest went to work with Lindsay for her colleagues to enjoy for their lunch dessert. 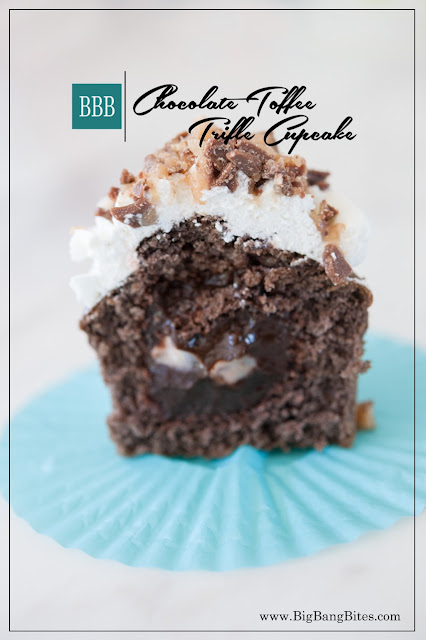 Make the pudding according box directions using whole milk for a richer pudding. Place in the fridge to thicken with a piece of clear wrap pressed onto the surface, so a skin will not form.

Rough chop the Skor bars and set aside.

When the cupcakes have cooled, use an apple corer to pull a center plug out of the cupcake. Set aside the plug. Put a few pieces of candy in the hole, then fill with the pudding. Place the plug on top of the hole. It will be covered with the whipped cream.

Whip the heavy cream, adding the sugar gradually, until it’s stiff enough to hold a peak. Pipe the whipped cream onto the cupcakes covering the cake plug. Sprinkle with remaining chopped candies. 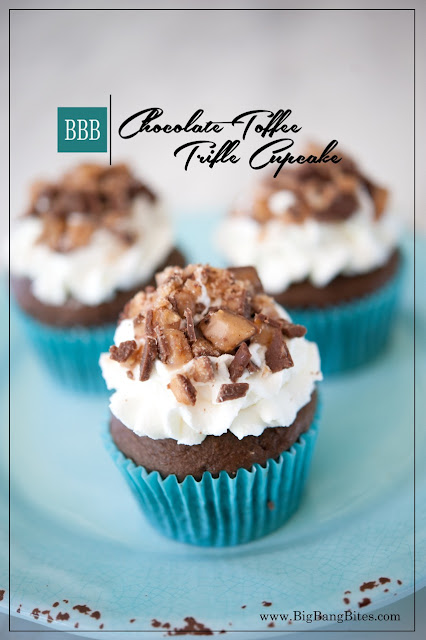