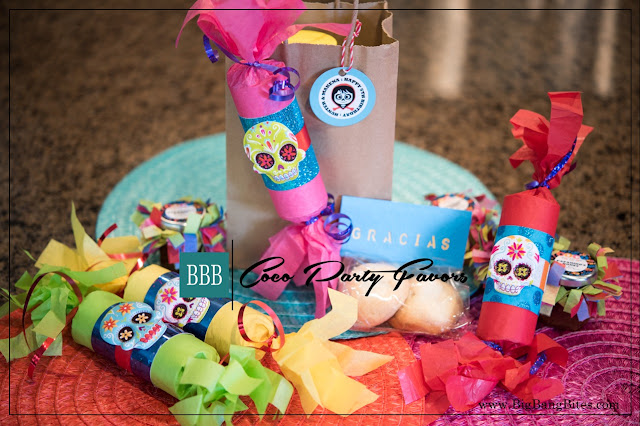 A few weeks ago, my twin grandkids, Hunter and Makena, celebrated their fifth birthday. Once again, they had a Disney party theme and this time it was Coco. If you haven’t seen it, the story is centered around the Mexican celebration of The Day of the Dead. But it’s not creepy. It’s really a delightful story about a little boy named Miguel in his search of his family history.

The movie is beautiful, visually, because it’s so colorful. Sunny’s decorations for the party mirrored the bright colors and designs that made Coco a feast for the eyes. So, her party favors for the kids and grown ups were vibrant as the rainbow and filled with sweets that could have come right out of the movie.

Sunny made shortbread cookies filled with guava jam. They were buttery and sweet. She put them in little cellophane bags with “GRACIAS” labels to say thank you for celebrating with us. Cute. 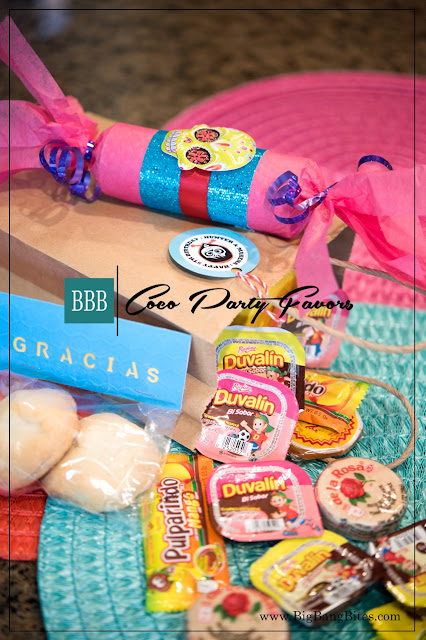 Sticking with the Coco theme, traditional Mexican candies were part of the favors, too. I never had them before, but found them to be just as yummy as American sweets. I especially liked the milk caramels.

Hunter and Makena’s paternal grandfather makes honey. Well, actually the bees make the honey, so I guess he would be called a bee farmer? Papa Nino, as the kids call him, is really a doctor, but he has a ranch where he produces honey and every year we get to taste his bees' pride. Sunny thought it would be an endearing idea to put the honey in little one and a half ounce jars as part of the party favors because who doesn’t love honey?

The jars are dressed colorfully with labels that say “PAPA NINO'S HONEY.” 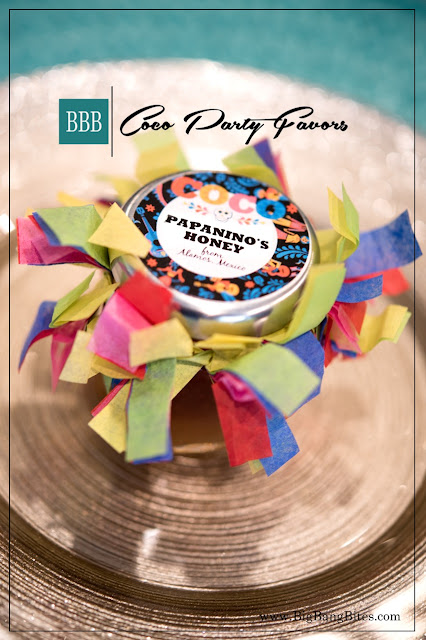 ​Sunny did a great job with these party favors. And a great job shooting the photos. I’m sure she will be posting the pics showing off the complete party decorations soon. They were over the top, as usual. So much so that we all felt like we were in the Coco movie!