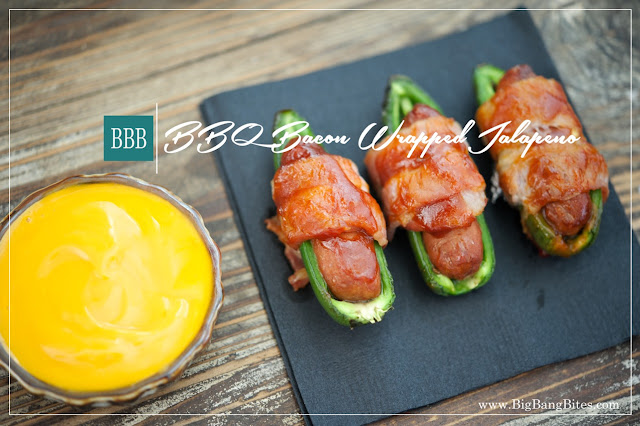 Last year I planted two jalapeño plants and they were so stunted, they were a complete disappointment. A Fannie Farmer failure. I hardly had a handful of peppers. So this year I planted four of them for insurance. Of course, because I did that, the plants are flourishing and producing tons of peppers. But you can only eat so many jalapeños. It’s not like having a bounty of fruit or veggies.

Thank goodness I recently had ten house guests, so yay, jalapeños became part of dinner one night. And I’ve been wanting to put these spicy bites on my blog, so it was perfect timing.  I was able to feed the mob, have Sunny take pictures of them, use up a load of peppers, and now I’m posting it. I roasted them in the toaster oven, but I think it would be even more delicious if they were roasted on a barbecue grill, giving them a smoky flavor. I didn’t do that because it was a 105 degrees that day and I couldn’t fathom standing over a kettle of coals.

I also had a package of liquid cheese. You know, the kind that’s poured on nachos at a ball game, county fair, or at Lindsay’s house. Yes, Lindsay loves liquid cheese. I’m not even sure if it’s real cheese. Is it? Hmmm. Anyway, she saw it in my cupboard and asked if I was planning to make some nachos while the gang was here. I said no, but maybe I could serve it as a dip with the BBQ Bacon Wrapped Jalapeños. Turned out to be a great idea. 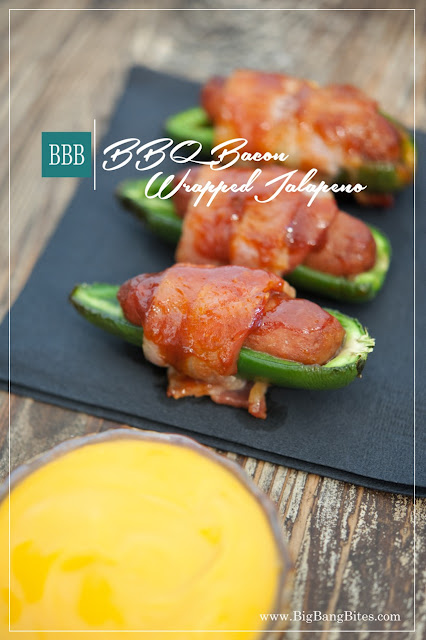 Everything is kind of salty about this appie with the bacon, sausage, and cheese, so the sweet barbecue sauce really evens things out. You get the salt, heat, and sweet all in one bite. Yum.

Cut the jalapeño peppers in half. Remove the veins and seeds.

Put a sausage in the pepper and wrap with half a strip of bacon around it, tucking the end underneath. Place on a baking sheet.

Baste with barbecue sauce and roast in oven at 400 degrees for about 15 minutes or until bacon is a soft crisp.

Warm the cheese and serve with the peppers for dipping.