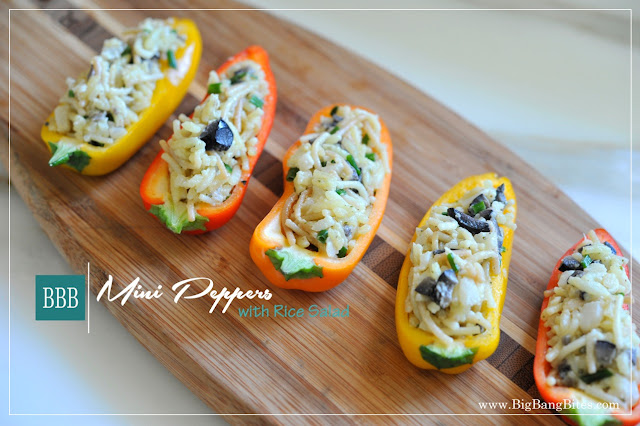 I think I was in college…decades ago…when Gale made this really tasty rice salad using a box of Chicken Flavored Rice-A-Roni. I don’t know where the recipe came from and Gale can’t remember. So, a shout out to whomever came up with this some time in the 70’s.

Way back then, Gale didn’t even know the name of the recipe, so when I wrote it down on my recipe card…remember those?…I named it Salada Galena, after Gale. She shook her head with that OMG look on her face, but it stuck, and now that’s what we call it.

It’s a somewhat creamy rice salad that’s eaten cold, so it’s great for parties as a make ahead dish. Sometimes when I have left over chicken, I chop it up and add it to the salad for a hearty one bowl meal. So, it’s very versatile. But when I do that, I leave the olives and water chestnuts in slices, instead of chopping them up. I also rough chop the artichokes.

Right now those little bell peppers are in season and they’re so sweet and crunchy. They’re great in green salads because their sweetness is a nice complement to a tangy dressing. But to take advantage of their mini size kept whole, I thought they would be a refreshing vessel for Salada Galena.

During the summer when my regular bell peppers are begging to be picked, I often stuff and bake them. So, when I bought a bag of these little guys, they were saying, “stuff us too.” I wanted it to be a cold dish because it’s been extremely hot these days, and who wants to turn on the oven? So, a platter of these, a hunk of sourdough bread dipped in olive oil, and a glass of spinning cold white wine…perfection!

Okay, all you wine experts out there are thinking you’re not supposed to drink white wine spinning cold. I know that, but it’s over a hundred degrees today! 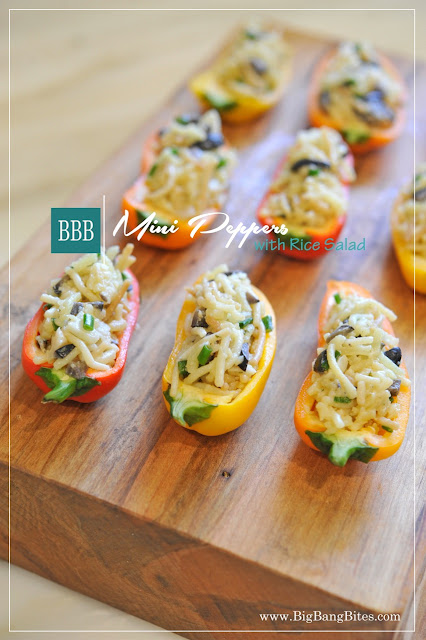 Cook the rice according to package directions. Divide in half. Set aside one half to cool in a mixing bowl. Save the other half for dinner. It can be placed in the fridge, as this is a cold salad.

Cut the mini peppers in half, leaving the stems intact. Remove seeds and membranes. If the pepper halves don’t sit evenly on the plate, shave a wee bit of the skin off the underside to give it a flat bottom. Set aside on a platter.

Chop the black olives, water chestnuts, and green onions and add it to the bowl.

Mix the mayo with the reserved tablespoon of artichoke liquid. Pour over the rice mixture and stir to combine all the ingredients.

Fill each pepper half with the rice mixture, pressing the mound a bit to make it hold together. Keep in the fridge until ready to serve. 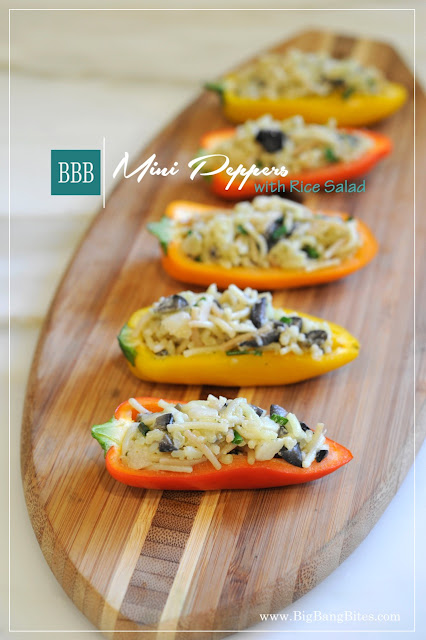