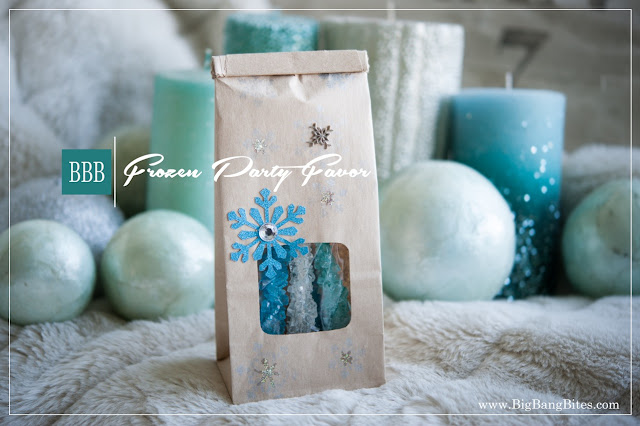 When the grandkids, Hunter and Makena, celebrated their first birthday, the theme for their party was Finding Nemo. Easy because they were too young to pick a theme.

When they turned two, the twins were pretty smart already and they wanted their own themes. Hunter loves cars and trucks, so naturally, he wanted his theme to be Cars. Makena is a girly girl and chose Frozen. So, the inside of the house was decorated with the Frozen theme, and when you walked outside, the patio was everything Cars. It was an amazing sight. I thought I was at Disneyland. Sunny also hired party characters, so Elsa and Anna were there to tell stories and play games with all the kids.

Sunny goes all out for any party she hosts and this dual themed party was no different. Her party page on Pinterest gets thousands of pins. I kept one of the Frozen favor bags to put with some keepsakes of the twins, but I thought I’d share it on my blog, since I have a Favor Page. 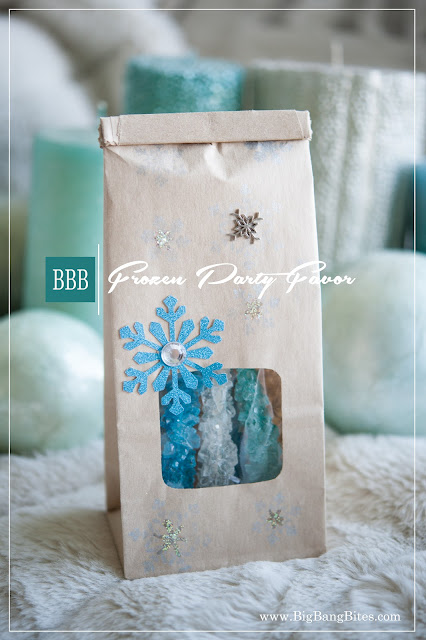 Sunny used a simple windowed brown bag with fold over closure. She stamped it with silver snowflakes, some of which were embellished with glitter and sequins. One large blue sequined paper snowflake frames the window where you can see the blue and white sugar crystal sticks. For the party, she had a beautiful candy bar with blue and white cookies, candies, and sweets that her guests could take home. You can’t see those in the favor bag pictured here because the party was a year and half ago. I bought sugar crystal sticks just for this picture, so you can see how adorable the effect was.

Hope this idea inspires you, not just for a Frozen theme, but because of its wintery look, you can use it for a Christmas holiday party too!